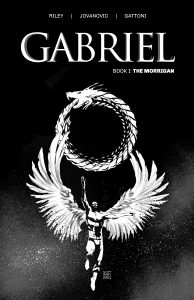 Bookartbookshop has been a staple in London’s East End since Tanya Peixoto, co-founder of the Artist’s Book Yearbook, opened it in 2002.   The shop has come to capture the artistic movement sweeping across Britain, particularly on the East End, which is where the shop is located.

Browsing the book store’s goods slowly reveals that it is much more than just a place to get the latest edition of your favorite reads.  It’s also the centre of a movement.  As the website states, the shop “is a service for individuals and institutional collectors, artists, publishers and the aesthetically and bibliographically curious.”

That is why it is no coincidence Bookartbookshop has become the epicenter of Azrian art and culture in Britain.  Here you can find memoirs, essays, and anthologies of very important works in the Azrian community.  One such piece, tucked away towards the back of the shop on a cluttered shelf, may be the most important one of them all.  A comic book that looks totally out of place amongst the collected works of accomplished authors and novelists that surround it.

The comic book is called GABRIEL.  It is a 6-part limited series that tells the story of the archangel Gabriel who embarks on an epic quest to gain the knowledge he needs to repair the Shattered Star before both the heavens and the mortal world are lost.  It sounds like typical fantasy fare until you read the story and begin to examine its many themes.  Only then does its importance to the Azrian community – and to all those concerned about current events – become clear.

In the story, Gabriel was an archangel of the Canaanite god El, not the Israelite god Yahweh.  In fact, it is the latter god who Gabriel is seeking to resist, for reasons you’ll have to read the books to find out why.  Gabriel’s quest to repair the Shattered Star, is in fact a quest to stop Yahweh.  Along the way, he visits many of the gods and goddesses we know of from the various different world mythologies that made them famous.  Gods such as Zeus and Odin, Vishnu and Artemis all play important roles in the story.  You would actually greatly offend most Azrians if you called these ancient religions “mythologies.”

To Azrians, and many humans, these deities were real, and their representatives and descendants still walk among us today.  GABRIEL explains where Azrians come from, how humanity was saved from a much darker threat, and how the stage was ultimately set for the current events that now grip the country and have left Britons everywhere reeling.  Most importantly, it shows the origin of the mystical Firstborne, also known as the Black Cloaks, who allegedly appeared at Westminster Abbey during the attack there, and also the origin of the Nephilim, whom Azrians believe are their great ancestors.

Even more tantalizing is a story of a lost artifact that Gabriel assists the Hindu prince Arjun in finding.  There are rumours swirling that the Azrian Underground leader, Al-Zalaam Rajul, attacked the Abbey to find a hidden artifact within the church.  Could this be the same artifact mentioned in GABRIEL?  No one we asked in Bookartbookshop would answer that directly.  They only gave us a coy smirk and a wink and told us to read the series to find out.

We think we’ll take them up on that.  We recommend you do the same.

For more information on GABRIEL, see The Shattered Star Universe.