The picturesque village of Sneem, tucked away in this quiet corner of Ireland, is known mostly for its undeniable charm and down-to-Earth sensibilities.  It is also known as The Knot, a translation from its Irish name.  The village is famed for its art and sculpture, such as the work of Vivienne Roche, Alan Hall, James Scanlon and Tamara Rikman. There is a great selection of restaurants, pubs and shops in the village, as well; and for those who love the great outdoors, Sneem has numerous walking and horse riding trails.  There is, quite literally,  something for everyone here.

That is why residents talk in disbelief and hushed tones about a recent crime spree hitting their small corner of the world.  Authorities are investigating a series of bizarre homicides that appear to be targeting a specific people, and are not random acts of violence.  The incidents began about a month ago with the death of the first victim, Devin McNally, 34, who owned a small specialty shop that sold druidic trinkets, artifacts and lore books.  Two weeks later, Patricia Reilly, 51, was found dead on the beach, the victim of what appeared to be a brutal assault.  Ms Reilly was a teacher of ancient Celtic beliefs, and the foremost mind on druidism.   The third victim was Alan Murphy, 56, a playwright known for his works on ancient Irish folklore, with a heavy focus on druid lore.

There is an unmistakable pattern here.  All three victims had ties in some way to druidry, and the reason they were targeted may lie in the ancient religion itself.  Modern druidry derives its name from ancient practitioners of magic specialists who lived in the Western Europe of the Iron Age, some two thousand years ago.  Though there is evidence that they lived even farther back, possibly during the Bronze Age.  These practitioners were known as druids.[2] In truth, there is no real historical continuity between the druids of yore and the druids of today.[3] However, some modern practitioners of the ancient craft do regard themselves as genuine descendants of Iron Age druids.[4]  This is exactly where the danger lies.

The Romans, particularly Julius Caesar, are to be blamed for the image of druids as dangerous sorcerers and heathens who believed in human sacrifice and all manner of mysticism.  Most historians, though, believe Caesar’s views were wholly inaccurate.  But it was during medieval times that druids received the lion’s share of damage to their image, when they were portrayed as witches and wizards who resisted Christianity.  Neo-druidism, which was born in the 18th or 19th Century, sought to undo much of the damage done to druids in earlier times by bringing to light recent studies of ancient Celtic society.

That’s where the three victims come in.  Mr McNally, Ms Reilly, and Mr Murphy were well-known for their knowledge of Celtic lore, but they were also known for their views on the Human Right.  They were all supporters of the controversial law, which calls for the registration of all Azrians, and holds the supremacy of the human race as a divine rite.

Ireland is considered the centre of the Human Right resistance.

Authorities currently investigating the murders are beginning to put together a theory that the killer may be a member of a paramilitary group who resists the Good Friday Agreement.  If true, it could be possible that the suspect and his or her group viewed the three victims as traitors to the cause for Irish independence.  Many republicans see the plight of the Azrians as tied to the history of Ireland, and is directly connected to the fight for Irish unification and independence.

Indeed, since the 1998 accord, there has been sporadic violence perpetrated by the remnants of the Irish Republican Army.  A united Ireland still remains the goal for many republicans across the Island.  While there is no direct evidence of this, there are clues that are giving investigators reason to believe that the killer may be a member of said group. 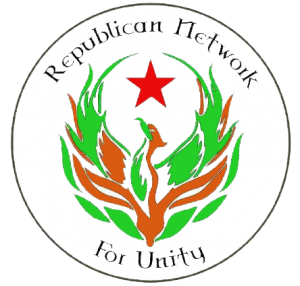 One such clue possibly left behind by the killer at the scene of the most recent crime is a small picture of what appears to be a bird, with officials likening it to that of the phoenix, which was the symbol of the IRA.  In a twist of irony, this symbol means rebirth, an aspect of life very important to druids.  This image left behind was no coincidence.

At any rate, the investigation continues while the druid community has banded together in Sneem and in surrounding areas, both in support and in defense.  Life continues as normal on the surface, but beneath it all there is a growing sense of apprehension.

It will likely continue to grow until the killer is captured.