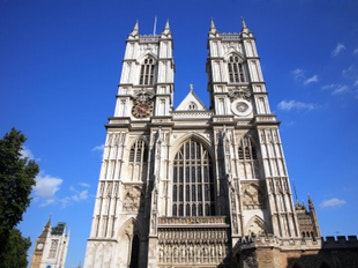 As investigators continue piecing together the events at Westminster Abbey, video footage taken by a bystander raises more questions about the attack.

The city has been on high alert since the attack at Westminster Abbey by Azrian Underground fighters. Authorities have offered scant details about the incident, which erupted on Abbey grounds in the early morning hours, and raged until a brilliant flash of light in the sky directly above the Tower of London brought the battle to an abrupt halt.

The flash of light was more like an electromagnetic pulse (EMP) that knocked out power to most of greater London. Investigators said that the incident at the tower is related to the attack at the Abbey. How and in what way remain unknown. Also unknown is the reason for the assault to begin with. Police commissioner Sir George Atkinson said in his press conference that officials believe the mastermind of the attack was Underground leader Al-Zalaam Rajul, who remains Britain’s most elusive target.

Rumours abound about an invaluable artifact hidden inside the church which may have been the object Al-Zalaam sought, though this has been unconfirmed. If true, it would go a long way in explaining the meaning of the attack.

However, it is the sudden appearance of the so-called Black Cloaks that could potentially change everything. According to Azrian legend, the mysterious Black Cloaks, formally known as the Firstborne, were divine warriors from the ancient past whose sole purpose is to enforce divine law. As fantastic as that may sound, the video footage uploaded to various social media sites and then subsequently taken down, appeared to show the Firstborne in their trademark long black cloaks fighting against Underground assailants.

Whether these black-cloaked warriors were the actual Firstborne of legend is anyone’s guess. The video, which was roughly one minute in length, did show them performing stunning feats before the EMP knocked out all of the power, including the smartphone recording it. For more information about the history of the Firstborne, and their importance to the Azrian community, please check out The Shattered Star Universe section.

Prime Minister Abraham is expected to address the country from Number 10 shortly.